When we checked in at the Evergreen Coho SKP Park in Chimicum, Washington, the manager asked if we wanted a weekly or monthly spot. We opted for the weekly site and ended up staying a month!

We became regulars at the Saturday morning farmer’s market in Port Townsend, where we stocked up on fresh, organic fruit and veggies, stuffing our bags full before lugging them back to the truck. We discovered how good a well-made fish taco can taste, and supplemented what we couldn’t find a the farmer’s market by stopping at the Food Co-op. 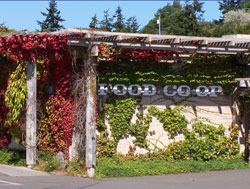 Port Townsend was holding the Wooden Boat Festival while we were there, and we watched boats of all sizes and shapes as they passed by the pier. 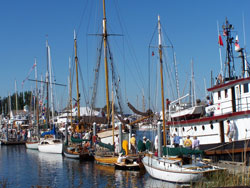 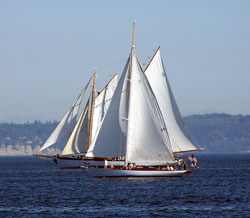 Busy town! A few weeks later the kayakers arrived with their festival. 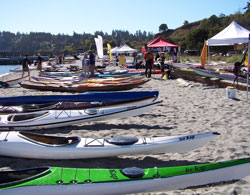 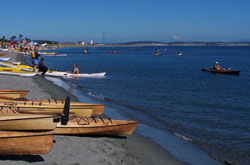 Walking the beach was a great way to explore while getting some exercise. 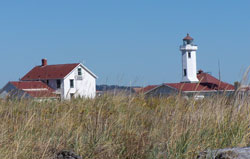 Salmon fishing was good on this day, at least for this man. 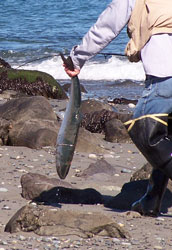 As we walked, we saw an intriguing sign with a warning about safety, so of course we headed right over to see what was there. We didn’t see much at first — a cement rectangle in the earth that looked like a foxhole, then a platform: 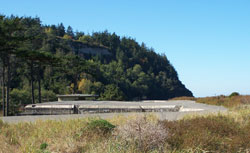 We roamed the crumbling site, intrigued and feeling as though we had been the first in years and years to discover the place. 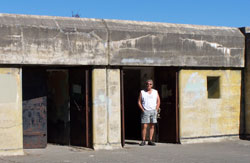 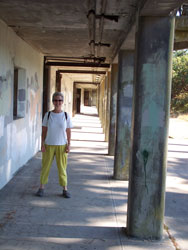 We eventually found our way to the “front” of the site, and found out we were standing in the remains of Battery Kinzie.

Located within Fort Worden, the battery was built “where it could protect the entire entrance of Admiralty Inlet from shore to shore.

Its beachside position allowed it to cover the waterway below the fog that often lay just above the surface of the water” (from the interpretive sign). 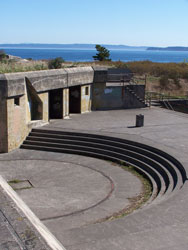 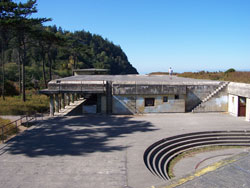 The warning signs? Reminding people like us that there were no railings to keep us from falling off the edges, and that the walls, ceilings, and stairs could be weak and fall out from under us at any time.

It was nice to be someplace we could explore as we wanted, rather than moved along some fenced pathway nearby!

Our discoveries included living, breathing animals, too. These otters were napping (or seeing what woke them up) on the wharf near the marine interpretive center. 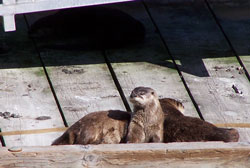 It’s easy to see why so many people like to call this part of the country home!

Fiction writer and photographer, I travel the country with my sweetheart of a husband as a "full-time RVer."
View all posts by Ellen →
This entry was posted in Uncategorized. Bookmark the permalink. 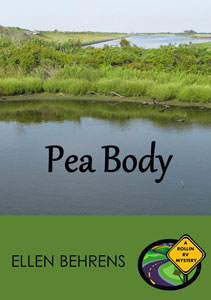 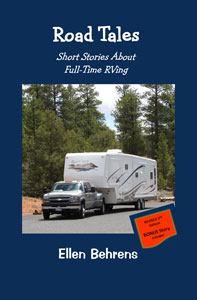